«After almost two years of co-designing work, participating in the opening ceremony of Matera Capital of Culture 2019 was a great emotion. With the whole city, its citizens and those from all around the region who wanted to be there, we started this wonderful 2019 that will see us involved in our MaTerre!

A joyful and playful participation that we hope to see for our project too, a precious piece of this incredible story that Matera 2019 is and will be». The enthusiastic words of Adriana Bruno, coordinator of MaTerre, a project co-produced by Rete Cinema Basilicata and Fondazione Matera Basilicata 2019 co-financed by  the Lucana Film Commission Foundation, supported by many partners, and proposed in the program of the European Capital of Culture with the subtitle of Euro-Mediterranean Cinepoetic Workshop.

MaTerre intends to analyze and restore, through the dual magnifying lens of cinema and poetry, the complex concept of “identity” (cultural, linguistic, anthropological, political) and how it is perceived and interiorized in the vast basin of Euro-Mediterranean countries.

Lello Voce, artistic director of the poetic-literary sphere of the project, emphasizes: “Although MaTerre is mainly a cinematographic project, the poetic aspect is fundamental. Just think that the general structure of MaTerre, with its five “novel-films” and one the “movie on the movie” thought as the frame, is explicitly inspired by Boccaccio and his Decameron».

He explains: “The selected artists are very high quality authors, in which the performative and spectacular features has great importance. Poetry comes back to speak with MaTerre, because it will deal with a topic as stinging as the identity is (more generally on reality) and because each of the invited poets will perform his texts on the beautiful stage of the rupestrian churches”.

Inspired by Rocco Scotellaro, powerful and very current revolutionary figure and metaphor of the Italian Southern question, the creators of MaTerre will produce a collective film in 360° immersive reality: five poets and five film makers from all over Europe will be in Matera from April 18th to May 2, 2019 for a dense artistic residence that will give life to the contents of the film (which will be post-produced in the following months and presented in Matera on 24 August).

Education, research and university are also involved. Paolo Heritier, artistic director for anthropological content, explains: “The university and the students are present in MaTerre to represent that there is an absolute need to restore meaning to culture and art, inside and outside the university and among people, in digital or not digital squares». The physical and the virtual plots intertwine in MaTerre.

“An irreversible process has begun that calls our society to an evolution, able to deal with the best of our tradition, to experiment and investigate with new authenticity, new forms, new messages and new cultural processes”, comments the artistic director Antonello Faretta, who says: “With MaTerre tradition and innovation meet in that remote future that is the perfect frontier of modernity”. And he concludes: «The magnificent inauguration of Matera 2019 marks a point of no return for Matera, Basilicata, Europe and the South of Italy in particular». 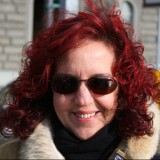