The 2020 edition of the ZEBRA Poetry Film Festival in Berlin, one of the most important international video poetry festivals, ends with a prestigious award for Basilicata: the Goethe Film Award was won by Cos Endins created by the video artist Gianluca Abbate in collaboration with the Catalan poet Eduard Escoffet.
Shot entirely in Matera, Cos Endins (“Inside Us” the English title) is one of the five episodes of MaTerre VR Experience, the collective 360-degree virtual reality film that Rete Cinema Basilicata co-produced with the Matera-Basilicata 2019 Foundation and numerous other partners during the celebrations of the European Capital of Culture.
“A perfect interplay between sound design, spoken word and experimental images. A great and innovative idea to represent Matera, one of the oldest cities in the world “, this is the motivation of the international jury awarding the prize to Cos Endins.
Designed and creatively produced by Adriana Bruno and Antonello Faretta, MaTerre VR Experience radically rethinks the imaginary of the land of the Sassi and Basilicata thanks to a successful combination of innovation and tradition, orality and technology that allows the viewer to literally “live” the film through the Oculus headsets for virtual reality or directly on all digital current devices.
“We are proud of this prestigious international recognition – declares Antonello Faretta, President of Rete Cinema Basilicata – which rewards the efforts and the complexity of a pioneering and innovative project that is traveling all around the world. Congratulations to the authors of Cos Endins and all the artists, project collaborators and partners who have allowed this collective work to see the light and shine. A reason for further pride for us is to see MaTerre VR Experience mentioned in Immersi nel Futuro, the first White Book on the best of virtual reality production in Italy curated by Simone Arcagni and downloadable for free from the Rai Cinema website ”.
The next public appointment with MaTerre is at Maker Faire in Rome, the largest European event on innovation to be held online from 10 to 13 December on the www.makerfairerome.eu platform.
MaTerre VR Experience, its backstage and all the numerous extra contents generated by the project are available for free at this link: www.materre.retecinemabasilicata.it/film. 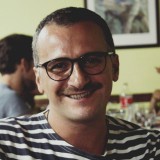